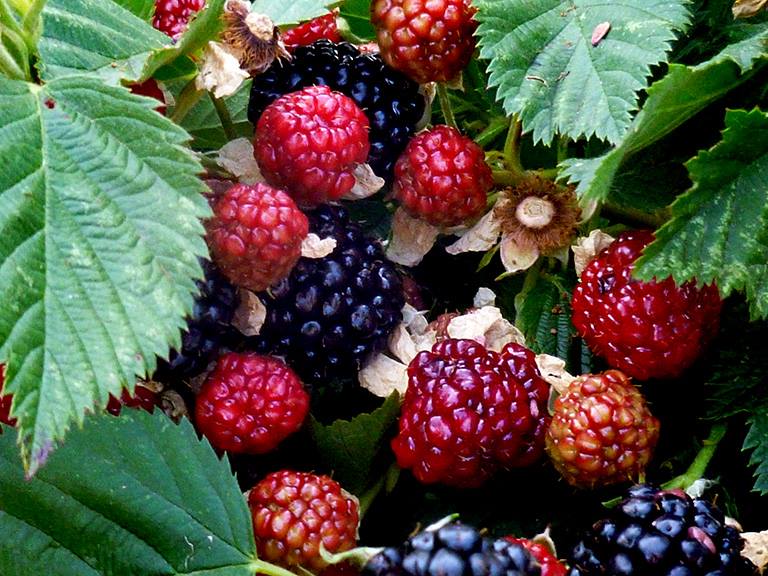 The other day I went to a local farm to pick blackberries. I have plenty of my own blackberries here at The Poem Farm, but they aren’t ripe yet, and they’re usually the size of a green pea, borne on arching stems that are so prickery you really should wear long sleeves to pick them. My friends run what used to be called a “truck” farm. They provide produce and fruit to local restaurants, the Saturday farmer’s market, and many families in the area.

As I’ve reported before now, I’m a bad bet to have even a half share of a weekly produce box. I’ll make a few salads and maybe a big veggie omelet but the rest of the stuff ends up in my compost pile, which is so wasteful I can hardly bear to admit it. So I buy at the farmer’s market, and try to spend my dollars equally between all my farmer friends.

When you live by yourself, you get a lot of leeway in the food department. I’ve recently taught myself to eat three meals a day, and make sure I’m getting enough fruit and veggies. Although sometimes I still revert to a cheese and cracker dinner at my desk, it’s pretty rare. But there’s only one of me. A loaf of bread gets hard before I can finish it, and two heads of lettuce is plenty for a week. I don’t actually need to buy much from the farmer’s market.

But as the eldest of four, I was exposed four separate times to all the books in the Little House series by Laura Ingalls Wilder, read alternately by my mother and father in the living room after dinner. I’ve never gotten over the thrilling idea of putting things up for the winter. I’m also a big fan of inexpensive Xmas presents. Blackberry-merlot jam is this year’s flavor.

Eight a.m. in a California summer is a very good time to be out in a berry patch, especially this one. My friends planted a thornless variety whose fruit is the size of my entire thumb. I think I picked six pounds of blackberries in 15 minutes, without ever having to sit on the ground and look up to find the ones that hide under leaves. And that doesn’t include the 10 or 12 that I ate.

Earlier in the week a customer told my friends he’d picked berries as a job when he was young, and the boss made him whistle the entire time he was working, to make sure he wasn’t eating any. If you’re a boss, that’s such a simple and effective idea! And if you’re a picker, how disappointing!

Yes, I paid for these, which I won’t have to do with my own berries. But they’re so delicious I couldn’t resist. International students in US often use writing sites that take care of assignments. View initial resource that possesses this kind of techniques. I went a little wild giving jam away in July, but I use the smallest jars, so there are lots of them. I got a jump on the Xmas season and experienced one of the great pleasures of an old-fashioned summer: channeling a contented bear.